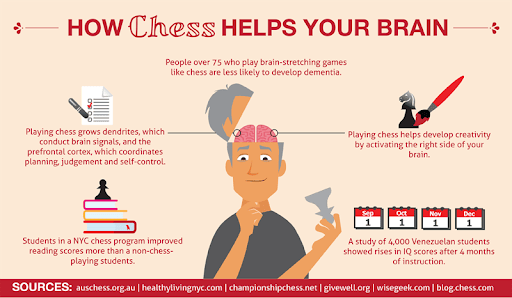 If you want to learn different strategies against opponents, one way to do this is by playing chess. Chess is a game that has been played for centuries and it’s also considered one of the most important games in history.

Regardless of the timeless appeal of the game, there are still some things that can be tough to identify when playing.

We know that certain players have certain tendencies and patterns during their games but what about artificial intelligence? This article explores how AI can be used to predict gameplay like chess.

What is Artificial Intelligence?

Artificial intelligence (AI) is a field of computer science that deals with building intelligent machines that are capable of performing tasks that can normally be done by humans.

This involves teaching computers and other types of devices how to learn from the information that’s fed to them.

One of the most famous and one of earliest examples of AI was in 1964 when Arthur Samuel developed a mathematical model for computer Go games.

Today, AI has become a field of study that can be implemented across various industries.

Companies like Google and Facebook are exploring how AI can be used to improve their services and how they can also combine it with other technologies.

There is a Google tool that uses machine learning and searches technology in order to scan sites or platforms to parse the content and identify what they need to do next.

Can We Use AI To Predict Game Play?

Artificial intelligence isn’t only confined to a single area but it seems like the world of gaming is one industry where this technology has been applied successfully.

The study was based on a dataset that consisted of 758 games between two players who were each playing at least eighteen games in total.

The computation of player preferences was conducted using an algorithm called a Markov model. This is a machine learning model that can be used for learning and then it can also be used for predicting future events.

Here’s how this study worked. First, each game was played at random. This means that the moves were not scheduled in advance.

Next, the researchers analyzed the games by analyzing each player’s playstyle, their strategy, and their styles of play when they won or lost their games.

Based on these things, they categorized each game as having been played with a certain scenario and then determined which one was the most important in determining success during the game.

In order to do this, they needed to assign every possible outcome to a category so that they could represent it as a probability distribution.

This distribution was then taken as input for the model and finally, they used this model to predict future games.

What Do The Results Tell Us?

Based on the results, the researchers found that players who win most often play more aggressively than opponents.

At the same time, they found that the player who loses most often tends to play a defensive style of play in order to try and prevent further losses.

In addition, they also found that players who earn a lot of average points tend to adopt a more aggressive style of play because it can help them win more often.

However, in games where one player is playing aggressively and another is playing defensively, there are usually few chances for either party to win.

The reason why this is the case is that when one style of play dominates, it’s more likely to lead to losses.

If each of these games had been played by the same person and this consistency turned out to be random, then there would have been no correlation between winning and defensive styles of play.

Instead, they found that there was a positive correlation between winning and aggressive play.

This suggests that players who tend to lose often tend to adopt defensive styles of play because they believe they can’t win if they remain aggressive.

This is an interesting study because it’s the first study of its kind to use data that was gathered from games played on the Internet.

However, this AI system isn’t capable of predicting who will win in the match and it can only be used to predict what the outcome of the game might be.

The reason why this is hard to do is that there are a lot of factors that need to be taken into account when it comes to predicting game outcomes like chess.

However, these results do show promise and they could lead to future applications that would help improve player experience.