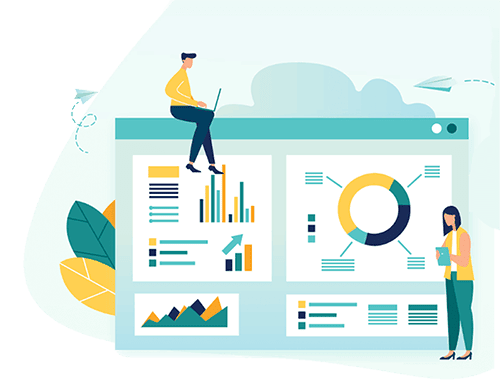 The AngularJS framework is an open-source web application framework, maintained by Google and community members. It is used to develop single-page applications that can run on desktops and mobile devices.

By implementing Angular best practices, Angular websites are typically easy to modify and maintain since it uses HTML as their template language. This means that any developer with a basic knowledge of HTML can build a site with AngularJS.

The framework lets you extend HTML vocabulary for your application. This lets you declaratively specify your application’s structure and animate it with CSS, all while making sure it remains SEO friendly.

There are many more reasons why AngularJS is popular but we are here to discuss the top apps and websites developed with AngularJS. So without any further ado, let us jump directly into that.

7 Top Apps And Websites Which Make With The Help Of Angular.

PayPal is a payment service that allows people to send or receive money online. It is one of the top apps and websites developed with AngularJS.

Today, it is one of the most popular payment platforms used by millions of businesses around the world. The PayPal website is available in 29 countries and supports 17 currencies.

It has over 147 million active users who can make online payments anywhere in the world using a mobile device or desktop computer. The technology behind this amazing platform is AngularJS.

The Guardian has been using AngularJS for almost four years, and it has been a great success for us. The front-end team is small and the framework has allowed us to build complex applications with ease.

They have used AngularJS heavily for mobile apps, which allow readers to access content while they are on the move.

The Guardian uses it to display news stories engagingly. Their latest project, the app for iPhone and iPad devices, was built using Ember.js but they still used AngularJS on the web version of the app.

This allows them to build complex applications quickly and easily without having to worry about how they will be maintained by other developers in the future.

The JetBlue website is an example of an AngularJS application. It allows users to book flights, manage their travel plans, and check in for flights online.

The site also provides information about the company’s loyalty program and how you can earn points by booking flights or purchasing merchandise from the company website.

The Lego website was built using AngularJS. The site features a lot of information and a lot of interactive elements. It’s a great example of what you can do with AngularJS.

The Lego website uses an infinite scroll feature that allows visitors to browse through the entire catalog without having to click on pages.

The site also features drag-and-drop features that allow users to create their own Lego sets by dragging and dropping pieces onto a canvas.

Users can also customize their characters, which are available for purchase in the form of mini-figures that come with accessories and accessories for their bases.

Upwork is a website where businesses and independent professionals connect and collaborate remotely. It is the largest global freelancing website. Upwork was founded by Elance and oDesk in 2014 and later acquired by Freelancer.com.

The Upwork API allows developers to access data from the site and integrate it into other applications.

With the API, developers can create custom applications that make use of the Upwork platform. The API also allows third-party developers to build apps that allow businesses to manage their profiles on Upwork.

Upwork was built using AngularJS as the front-end framework with Node.js on the server-side.

The iStock Photo API is a cloud-based service that enables developers to integrate stock photo content into their applications.

iStock Photo offers a powerful, flexible, and scalable API that can be used to create a wide range of applications.

It is one of the most popular APIs in the world, with over 1,000 developers using it and over 42 million photos being licensed through it every month.

The iStock Photo AngularJS Sample Code by iStockPhoto demonstrates how to interact with the API by allowing users to search for images based on keywords or categories.

And get detailed information about an image, submit an order for an image, or license one from iStockPhoto’s library.

The iStock API is a RESTful API that uses JSON as its data format. It supports HTTP requests made using either GET or POST methods.

It also has a mobile app that allows users to browse images on their phones or tablets.

Netflix is a popular app that has a very clean and simple design. The developers have used AngularJS to create the Netflix mobile app. The company also uses Angular for its website too.

The app allows users to browse, search and watch movies on their mobile devices. It also allows users to create lists of favorite movies or TV shows and share these lists with other members of their family or friends.

The Netflix website was created using AngularJS to make it easier for developers to manage the content on the site, as well as make it easier for them to add new features without having to worry about breaking anything else on their website.

The future of AngularJS is growing as more applications are being developed and launched every day.

Even though the framework was only released a few years ago, the application it can help create already exists today, helping people connect and streamline processes.

We’re sure that in the days to come, more developers will be working with AngularJS to create new and improved web apps.

Now, if you’re interested in building your applications with AngularJS, I hope this list has opened your eyes to just how many different applications it can support.

If you know of any other applications and websites developed with AngularJS, please share them in the comments. I would love to hear which ones you like best!