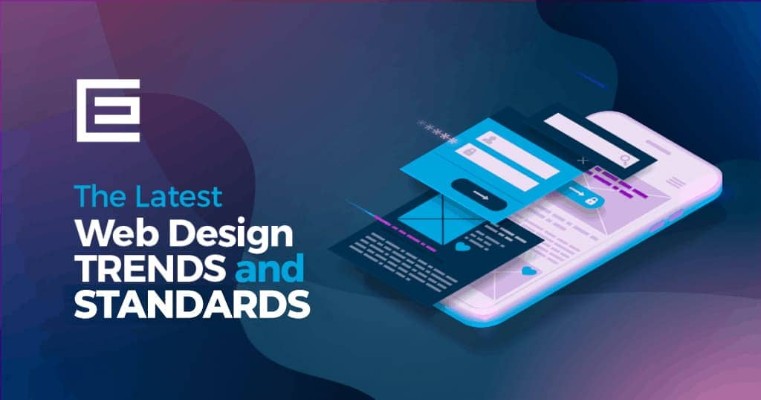 The future of UI design is coming soon! As technology evolves, so do user interfaces. When we look back at previous years and analyze how trends have evolved into what they are today.

“At this point,”  However exciting things lie ahead as we get ready by learning more about them before their release date which will surely lead us towards innovation once again while continuing down paths where no one has gone before.”

1) Minimalism is the New Trend

Minimalism has been on the rise for a few years now and shows no signs of slowing down. Clean and simple designs are becoming more popular as users seek simplicity and ease of use.

This trend can be seen in everything from website design to app interfaces.

With its user-friendly interface, Google’s Material Design is a perfect example of minimalistic user interfaces. The trend started with iOS 7 and has been gaining traction ever since.

Simplified UX design will be trending in the next couple of years as well as this year because it is easier to use and more accessible for those who are not tech-savvy.

With the rise of minimalism, users are increasingly seeking simplified user experiences (UX).

This trend can be seen in apps that focus on one task or action, as well as in designs that strip away all unnecessary elements.

Simplicity is key when it comes to usability, and users are quickly catching on to this trend.

In 2017, simplified UX was adopted by every big company from Amazon to Facebook. Even Web design tools like Adobe XD now have a simple interface that doesn’t require you to spend hours learning how to use it.

It also offers a much better experience for first-time users compared to older versions sold on DVDs which require you to install the software on your computer.

Simplified UX is trending because it is easy to use, eliminates distractions, and allows users to focus on their tasks.

It’s perfect for websites and apps that have a lot of content or are aimed at a more general audience.

The future is here thanks in part to Artificial Intelligence (AI). The capabilities AI possesses for VUI  are growing exponentially and will continue to do so in the coming years.

Already we are beginning to see VUI take hold as a dominant design trend. With natural language processing only becoming more refined and user expectations for convenience continuing to rise.

Voice-user interfaces are becoming increasingly popular due to the increasing number of devices that support them.

such as Amazon Echo and Google Home. They allow users to interact with machines using their voice, instead of manually.

One of the most popular trends in 2017 was using blurred and colorful backgrounds behind text or images.

One way that designers are keeping up with ever-changing trends while simultaneously enhancing traditional UX is by adding blurred backgrounds behind focused text or images in order to make them pop off the page.

This technique allows users’ eyes to easily hone in on key points or areas of interest while giving everything else a sense of depth and freedom.

As these background techniques become more sophisticated, designers will be able to create more complex illusionary depth for their backgrounds, as well as integrate those patterns into content and interface elements.

As designers continue to innovate and fine-tune user experiences, you can expect illustration and animation to become increasingly prominent among various types of UI design styles.

In order to capture users’ attention and help them better understand an interface, designers are turning to more creative methods of illustration and animation.

This might include using engaging visuals or adding movement to static elements on the screen.

By doing so, designers can create a more unique and memorable experience that will stick in users’ minds long after they’ve finished using the product.

In short, look for even more creative and eye-catching designs in 2022 and beyond!

In the coming years, we’re likely to see even more illustration and animation in web designs as they become increasingly popular techniques used by UI designers.

Using illustrations ensures that your site remains memorable due to its unique nature while animations can be used as a way of drawing users’ attention to certain design elements.

Due to the popularity of mobile devices over traditional desktop computers, there has been a major move toward designing for mobile-first and then scaling up from there rather than working in reverse.

This way, users will already be familiar with the platform they’re accessing wherever they may be – whether that’s at home or on the road – which ultimately creates a better overall experience.

As this practice becomes more commonplace, we can expect to see even more mobile-friendly design in the years ahead.

A mobile-first approach is a design practice that involves creating a website or app for smaller screens first and then designing for larger screens later.

This enables designers to focus on one platform at a time and build an interface that works best on each device.

It also saves time since you don’t need to worry about how it will work across multiple platforms from the outset.

So there you have it – six of the leading UI design trends to watch for in the coming years. Keep these in mind as you continue developing your own designs. Also, be sure to check back with us for more tips in the future!

These six UI design trends are predicted to be the most dominant in 2018 and beyond, but that doesn’t mean they’re set-in-stone rules. As with all new styles or methods of designing for interfaces.

it’s always worth experimenting with different techniques before deciding on your favorite ones for building future web projects.

It can even be useful to combine multiple UI design styles together to create a unique style that reflects your brand values while being memorable for users at the same time!

Thanks to the hiring of a web developer, you can finally have your own website designed and customized without spending too much With Pixel Street Web Design Companies’ affordable services throughout every step in this project from the initial consultation.

all the way up until providing clients their fully personalized websites at high-quality standards will make sure that there are no worries about coming away empty-handed when it comes time for content creation or SEO optimization!