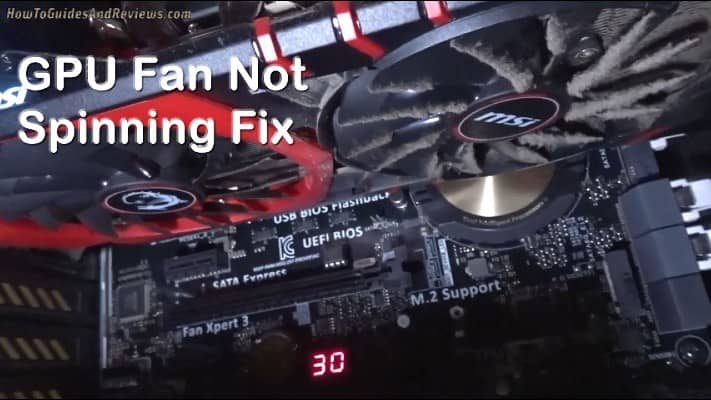 One common problem for builders who are new to the PC building process’s faces is when their graphics card fan isn’t spinning after they build the system and turn it on for the first time. It could be frustrating, especially if it is a sign of something more serious.

In many cases, the fan not spinning is due to the builder’s mistake. That’s why we will glance at some of the more common reasons for this problem and how you can fix it.

#1-Most Common Reason Why Your GPU Fans Aren’t Spinning

When building a computer, many users don’t realize their GPU fans are not spinning until they’ve used the system for some time, and it has been seen that some graphics cards won’t work until they reach a specific temperature and will turn on the passive cooling mode to remain quiet.

When they don’t see the blade spinning, some people think something is wrong. In reality, the card’s design was such that it could not be tampered with. 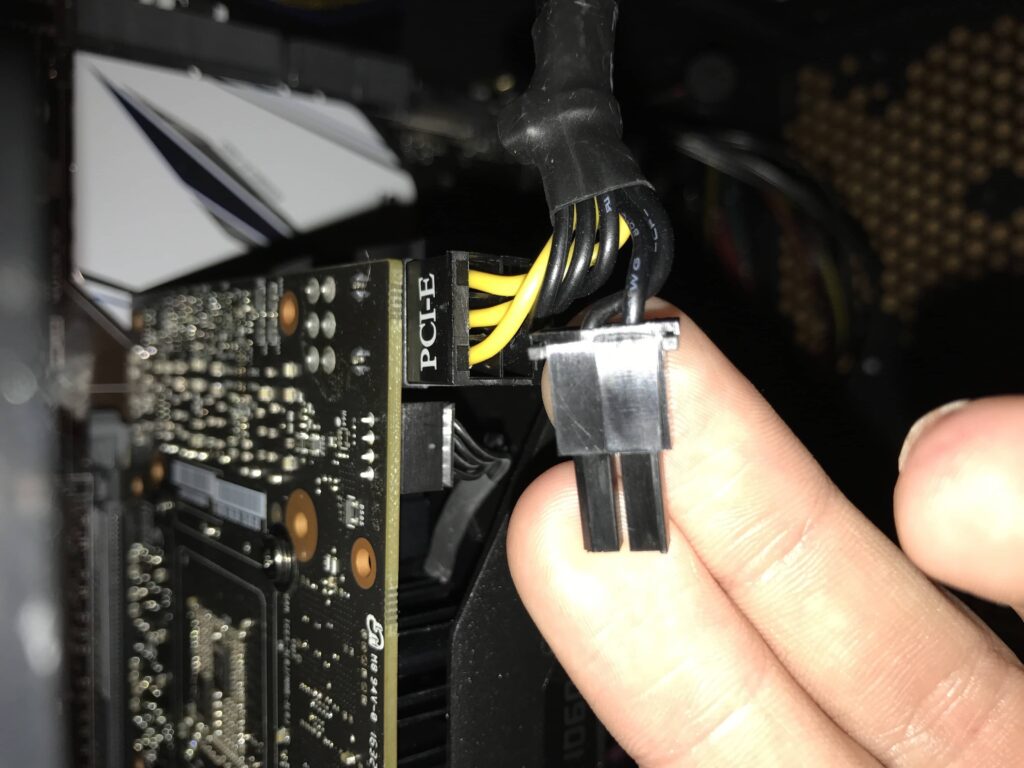 If you’re experiencing performance issues at this stage, a complete restart is worth a try. Restarting your devices is often the quickest fix for many common problems, and it may get your game running smoothly again.

To verify that your graphics card is not suffering, take up a test to check whether it overheats while running a process that will put it under load, such as playing a game or benchmarking. You may also manually raise the fan speed with MSI Afterburner.

If your graphics card’s fan(s) don’t turn on when the game or benchmark gets going or behind manually setting them in MSI Afterburner, then you likely have a different problem.

First-time builders often forget a few simple steps. It’s common to have forgotten something when you’ve built computers before, but it doesn’t always happen to the best of us.

In some cases, your GPU fans will stop spinning even though they are plugged in and turned on. When you do not plug the power cable from your PSU into it, it can cause this problem.

Keep the first step first, ensuring your graphics card is plugged into the power supply. Some graphic cards (such as the GTX 1050 Ti and GTX 1050) do not have an extra PCIe-power connector, so that they may be unplugged.

If the graphics card’s PCIe connection is connected to your power supply and the fans are not spinning, and GPU isn’t emitting any visible light, there’s something wrong.

#3-Another Power Cable Isn’t Plugged In

When you encounter a problem with your GPU, it is a good idea to double-check all of the connections and make sure that everything is hooked up correctly. It could be a potential pitfall for your GPU fan not spinning.

You must check two things:

I suspect that if your GPU fan is not spinning, the CPU fan and all other component fans in your system are working — it’s just your GPU isn’t. However, if none of your cables have been moved or unplugged and the cooling fan on your graphics card still isn’t spinning, then you have a different problem–one that lies with a faulty component.

What to Do Next?

If your graphics card doesn’t seem to be receiving power, or if the fans are spinning but you’re not getting any form of feedback on screen, then the most likely explanation is that your part is faulty. From there, it is essential to double-check the following:

#1-If you have a known working power supply, install that one and recheck if your graphics card turns on.

you can try establishing the graphics card in a separate slot and see it’s working. If the screen doesn’t pause, it may be a problem with your motherboard or graphics card.

#2. If you have another computer, then install the new graphics card inside it to test if it works.

If the computer booted adequately in your test, the motherboard in the original system is likely faulty. If the first PC fails to power on in the diagnostic test, then it is likely that its graphics card may be faulty.

#3. If your system boots up with a blank screen, remove the graphics card from the build and see if it still connects to an internet

it’s likely to have stability issues. Suppose the PC functions without a graphics card installed. In that case, the PCIe connector on PSU may be faulty (and if you tested a known working power supply with a faulty graphics card and this was still not functional, that eliminated fault in the PCIe power connector).

If your GPU doesn’t show a strong signal on the monitors after checking all of the points above, it probably isn’t working and should be taken into warranty/returned for an RMA.

Issues that prevent the fans on your GPU from spinning:

If you have an outdated computer system and your graphics card’s fans are no longer working.

Is Your GPU Too Dusty?

If the fans on your graphics card are not working correctly and you have an older system, you may want to pull the card out and clean it. You can use canned air to remove dust collected on the fan blades. Once you’ve cleaned out your freezer, you should either recheck it or try these potential fixes before rechecking the filter.

Do your GPU’s Fan’s Bearings Need to Be Oiled?

If your graphics card is aging and the fans are no longer spinning, you may be able to get extra life out of them by re-oiling the bearings on the fans. Remove your graphics card(s) if you haven’t already cleaned the CPU fan.

Remove the fan and stickers, add a few drops of 3-in-1 household oil, and wipe away any extra oil with a paper towel and fabric.

Regardless of whether the oil fixes your fans, you can move on to another possible cause for instability. If your fans do not spin once more, it might be time to consider replacing your graphics card rather than performing any other troubleshooting efforts.