Is Cloud Really The Thing for My Business? Explore 2022 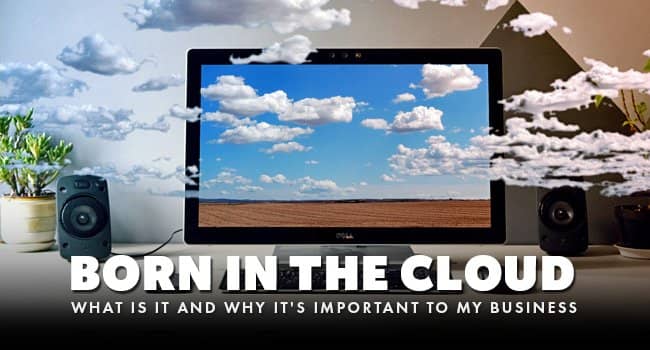 Cloud apps and services are used, by over 3Bn users, every single day, directly or indirectly. Businesses looking to upgrade and offer services ubiquitous are resorting to the Cloud-based model.

Cloud services allow companies to procure the computing power they need in a flexible way where they don’t have to directly own or manage the IT infrastructure themselves.

The ‘Cloud’ refers to the new era computing technique where the developed product is moved and operated from servers at different locations, around the globe.

This movement and  IT infrastructure are usually managed by a third party who charges a fee in exchange for the computing power and other cloud-based services.

Efficient computers, reduced latency, and faster internet connections have made it possible to move information fast enough to support the Cloud infrastructure that feels almost as if the computing activity occurred natively in the very device.

With the new ways of life brought forth by the pandemic, utility apps like Google Pay, Google meet, Netflix, Zoom, etc.

that serve millions of users, on a daily basis, need that decentralized advanced computing power to churn these transactions in real-time.

The ability to outsource this function to specialists while focussing on the core function has been a game-changer for many IT-based businesses.

Also, IT staff augmentation companies are gaining traction to build on the similar idea of focussing just on the core function.

These companies allow even the Cloud developments to be coordinated, monitored, and controlled through third-party skilled human resources.

Moreover, Cloud services have opened the doors to many newer IT technologies like web-based cloud applications.

A web app is one that is completely built with cloud development infrastructure, and where the computing occurs entirely on cloud servers.

An evolved form of the web app, known as a Progressive Web App (PWA), has been the latest trend in the web development industry.

PWAs, web apps that adapt to the upgrades based on the user’s browser’s capabilities, hosts one of the most used sites around the globe, Twitter.

In essence, PWAs are apps running as websites that have the ability to support future upgrades.

While Cloud Apps offer some invaluable benefits like improved app performance, ease to update the software, increased uptime with much lesser downtime risk, security, and hedging, their development itself is also evolving with time.

Newer development software allows functionality codes that can be used as it is for the common functions, allowing bespoke efforts only on the core vertical.

A majority of cloud app development services rely on new-age tools like DevOps practices and Kubernetes.

However, as a basic rule of web development, the developing company should be technology agnostic.

Techahead is one known name across India and US, that offers expertise across platforms, technologies, industries, and geographies.

While some businesses would have the in-house capability to make up the Cloud development team, most prefer to hire an app development company with proven experience in the business.

A great way to verify an app development company’s experience with the Cloud is through certifications, website research, previous products, and Client references.