Complete Overview of IoT Tech Stack and Its Components 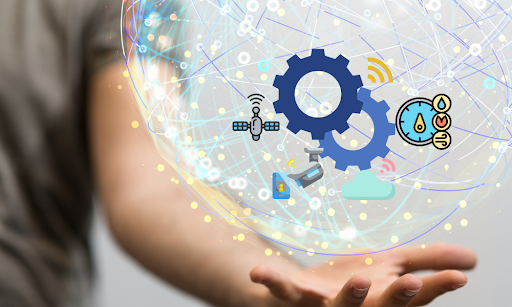 This article covers the details about IoT Tech Stack and its components that are being in use throughout the IoT Tech world.

There are high chances that you might already know about what IoT is? Because it has become a buzzword in recent years and has been in use extensively in the tech world. Just as a starting point, we define IoT as:

Hardware devices/gadgets connected to the internet to make our day-to-day life comfortable.

From a consumer perspective, IoT devices are just small gadgets built for specific purposes like a smart thermostat can only allow a user to control the room temperature using a smartphone/web app but from the developer’s perspective, an IoT product is a complex product including a complex IoT Technology Stack with multiple layers interlinked with each other.

In short, we can enlist IoT Technology Stack components with sub-components as
Hardware/Sensor Nodes

Hardware or Sensor Node is a core part of any IoT Product. Hardware can include different components like Microcontrollers, Sensors, Single-Board Computers Actuators, etc. Hardware components are decided beforehand because they impact the price of the final product.

Just having hardware designed doesn’t mean anything unless the development team has a working firmware to run on the hardware. Firmware design in embedded systems is a complete field of its own.

Developers need to write very efficient and fail-safe Firmware, test it, optimize it and then ship it for flashing into the hardware. Hardware and Firmware when coupled with each other yield a sensor node/actuator node ready to be integrated with the cloud/gateway.

As noted earlier, every IoT product is different not only in terms of usability but also in terms of technological components. There are a number of IoT products that don’t require a gateway and can communicate with the cloud directly over Wi-Fi, LTE-M, or maybe an Nb-IoT network.

Examples of such products are:

But there are some scenarios in which the IoT Product development team cannot connect the IoT Devices with the cloud starlight-forwardly; rather they have to put a middleware between the IoT devices and the cloud.

As a rule of thumb, IoT Stack will need a Gateway device if there are multiple Sensor Nodes in the system. For example, in a smart home, there are a number of smart bulbs, doors, and speakers placed around the house.

IoT Product Development teams can’t connect each and everything to the Wi-Fi router directly or they can’t even put SIM cards in each IoT product separately because it just increases the running cost of the solution and it is not very efficient.

The solution is to use a Gateway Device. All the devices in a smart home can communicate with the gateway over Bluetooth, RF, Xbee, or maybe LoRA network and the gateway aggregates the data and communicates it with the cloud server over Wi-Fi or cellular network.

Next comes the cloud layer. It is a traditional layer and it is similar to the cloud layer in web app development. A server can be used with different microservices hosted on it or the development team can go with a server-less approach as well.

The database is the core part of the cloud layer. The data could be large if there are hundreds of sensor nodes publishing the data to the cloud. There are a number of database options for an IoT Product like:

The selection of the database again depends on the type of the IoT solution.

The front-end or admin panel or the dashboard is the crucial part of an IoT Technology Stack because it allows users and administrations to visualize what is happening in the system. There are a number of choices for frontend development like:

Without having a backend, the IoT Product Solution can’t work at all. Backend is something that glues all the parts of IoT stack together. The backend could be developed in NodeJS, Django, and even in NodeRED depending upon the requirements.

In the cloud layer, there could be multiple microservices like database, backend, frontend, storage buckets, and even serverless functions.

All of them need to have a proper network in order to allow them to communicate with each other securely. Network part could be completed using VPN, WireGuard, or all-in-one services like Pritunl, etc.

Once the internal layers of the IoT Technology stack are developed, the user-facing layer i.e., the applications layer is required so that the end-user can interact with the IoT product.

Which framework should be used? Again it depends on the type of IoT Solution that is getting developed.

In short, IoT has already gained popularity and we can see a large number of connected devices being developed every year hence as a developer, it is better for you to know what IoT Technology Stack is and how it is emerging over time.

If you are looking to develop an IoT Product you can consult an  IoT product design company to get a tangible development plan.