Web Scraping for Beginners: How to Avoid CAPTCHAs 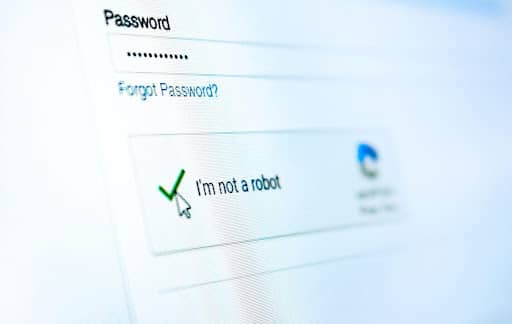 Everyone who has ever been out on the internet has encountered CAPTCHAs.

These brief online tests are designed to filter regular internet users from bots, and once they can differentiate the bots, promptly prevent them from having further access.

This sounds simple and looks like a great idea until you realize that CAPTCHAs do not only stop bots but also legitimate users.

For instance, when a human user fails to pass a CAPTCHA as expected, they are written off as a bot and denied access.

Even when CAPTCHAs successfully block only bots, they can quickly become worrisome as they prevent essential activities such as web scraping from ever happening.

Seeing that web scraping is one of the most efficient ways online brands gather and collect relevant data needed to make better business decisions, anything that challenges this procedure is an enemy of progress and business growth.

CAPTCHA, which is short for a Completely Automated Public Turing test to tell Computers and Humans Apart, is a simple online test to identify whether a visitor is human or a bot.

As the name implies, the test is automated and usually isn’t triggered by any severe action or inactions. In some cases, it might not pop up until subsequent visits.

The most common CAPTCHAs involve mathematical problems and letter or image recognition.

The trick here is that the tests are so basic that a human would not have any trouble solving them. In contrast, a computer program with no real-life experience would find it tricky and flank the tests.

This way, the system understands who is human and who is not and then blocks the program.

What Are The Types of CAPTCHAs?

There are several types of CAPTCHAs on the internet used by different websites and all for the same reason.

Some of the most common ones are:

How Do CAPTCHAs Work?

The methods that CAPTCHAs use are irregular. A typical test provides the user with problems that need solving.

Most times, these problems don’t follow any logical rule. Humans can solve them using intuition or knowledge from a vast experience. On the other hand, computer programs are designed to follow patterns and predefined rules.

This limitation makes it harder for bots to pass these simple tests. However, all of this is changing rapidly with advancements in technology, including the rise of Artificial Intelligence (AI) and Machine Learning.

Why It Can Be Hard To Avoid CAPTCHAs

Everyone knows the importance of data in making solid business decisions that facilitate growth.

And because one of the ways of getting data, web scraping, often gets disturbed by various types of CAPTCHAs, we would wish that CAPTCHAs could be easily avoided.

But, here are some of best the reasons why you cannot avoid these tests:

Online voting is usually reserved for humans, making it fairer to everyone involved. And for transparency, the voting is often limited to one vote per person.

Without this structure in place, there would be multiple voting and, consequently, voting fraud.

CAPTCHAs are essential for ensuring that none of these ever happens.

Online registration is another type of service that needs proper organization.

This is because not only do fake accounts hurt the resources and integrity of a brand, but they can cause too much traffic on a server causing it to crash eventually.

CAPTCHA tests are essential for limiting one registration per IP.

Internet trolls can hide behind fake accounts and bots and drop spamming messages or demeaning comments that often hurt a brand reputation.

There are also numerous reports of people being harassed by “faceless” people on the internet. One way that this can be prevented is through implementing CAPTCHA tests.

Web Scraper API as an Ideal Solution to CAPTCHA Challenges

We can then see that CAPTCHAs are not entirely evil as they also have practical applications in some instances.

However, they do not differentiate between activities and prevent legitimate operations such as web scraping.

One effective solution to the nuisance of CAPTCHA tests during web scraping is to use sophisticated tools such as a web scraper API. If you feel like digging deeper,  a great example can be found at Oxylabs.

This scraping tool can either help you solve each test when you encounter it or help you rotate your IP, so you never have to deal with CAPTCHAs.

People who scrape data understand the importance of doing it quickly. Not only does that save valuable time that can be put into other areas of the business, but it also means you are getting the data in real-time.

Hence, challenges that slow down the process need to be dealt with as quickly and effectively as possible.

CAPTCHAS is a significant part of these challenges. And they can be easily handled with tools like web scraper API.