Is Java the Missing Link Between IoT and Future Application? 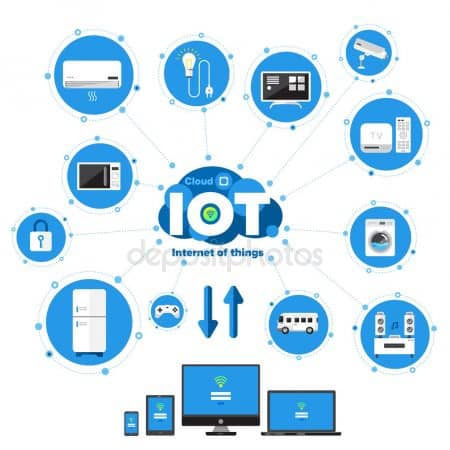 Gartner, a global name in IT research, in its Top 10 Strategic Technology Trends for 2017 predicts that the Internet of Things (IoT) will be a crucial part of many systems and platforms that will trend in 2017.

While the use of IoT to enhance the experience is nothing new, companies that employ IoT are continuously looking for applications (solutions) that can manage multiple devices and sensors used to make IoT a reality.

IoT users and creators understand the importance of using technologies that will not act as a burden for IoT; but, would rather give it an edge.

Where is IoT Used?

IoT promises a surreal experience and at present, there are only a few industries that have IoT developers. The three prominent industries are:

There are many innovative applications of IoT like smart beds and automatic medicine dispensers which are just a few steps away from reality.

This industry has been using IoT for quite some time now. Automatic lights on/off sensors, cars schedule and maintenance prompts, etc. are just a few examples of how IoT has taken over the industry.

This is not limited to the actual use of energy but also smarter ways to consume and save energy. IoT has been revolutionary in this field by illuminating smart cities with smart devices and appliances.

What Are the Concerns?

Like any other technology, IoT is not free from concerns. The industries that have been using IoT are concerned about security. At present, consumers making use of IoT are fewer.

But, with time, the numbers are expected to rise and therefore a solid and cost-effective system is required. The second concern is regarding networking.

A lot of devices are required to function together in making an IoT-based system work. If these devices are not able to exchange information without hassles, the IoT system will be a failure.

This not only includes exchanging information but also being able to connect without trouble.

How Java Addresses These Concerns?

Java is a tried and tested programming language which addresses almost all the concerns that IoT developers have regarding security and interoperability.

Java has been used for creating web applications and mobile-based applications for a long time and now developers are choosing Java for IoT systems as well.

So, let’s look at why Java is preferred and how it addresses the common concerns.

1. Java is now open-source which means that it lends the flexibility that a developer requires to create an application. With veteran contributors, Java is almost unparalleled when it comes to flexible programming language.

2. Java application development is the most popularly offered service because customization is easy in Java.

This means that client requirements can be accommodated easily and the developer would not have to spend a lot of time.

3. Because of being an open-source programming language, it is comparatively easy to find resources and help if you get stuck somewhere. These resources are available through community forums or YouTube tutorials.

5. The connectivity and interoperability issues that are a concern can also be addressed using the widely available Java application programming interface (API). These Java APIs are available through a variety of mediums.

6. Java-based applications take less space and this is exactly what microdevices used in IoT systems require. It is also less time-consuming to charge these devices making it easier for users to go long without spending much time.

7. The popularity that Java enjoys makes it a reliable choice for developers and consumers alike.

Companies find it easier to trust Java as a programming language than any other counterpart and thus developers suggest Java-based options.

What Proves That Java Has a Future with IoT?

Oracle in the MakerCon Conference of 2014 expressed its willingness to extend support to Java developers who are exploring IoT Avenue.

Oracle also hinted toward a plan of merging Java Micro Edition (ME) with Java Standard Edition (SE) to create an IoT-friendly platform.

With the makers expressing interest in the future of Java with IoT, I don’t think any more evidence is required. Besides, many companies are now opting for Java-based IoT systems because of all the benefits that Java brings.

Java application development has been a popular choice for web and mobile applications but it is a comparatively new venture for IoT start-ups.

But, it is catching momentum because professional developers are informing their clients about the benefits of using Java and how it can bridge the gap between what IoT is today and what it will be in the time to come.