Is Shiba Inu Coin a better investment than Dogecoin? 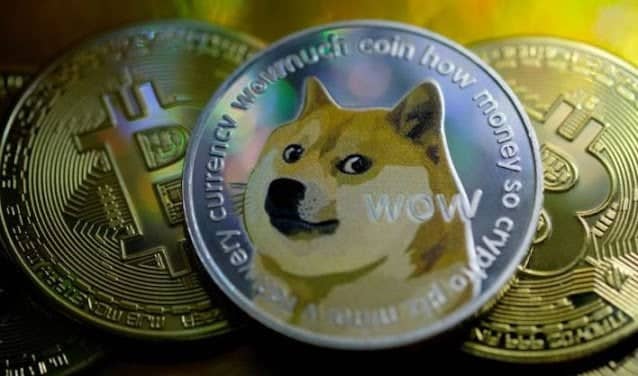 It is unbelievable that meme coins are doing so well in the cryptocurrency world. So many investors are investing in either Dogecoin or Shiba Inu. This is kind of fun gambling.

The huge community of meme coins is progressive and always actively promotes hype for their favorite coins. Therefore, there is always a chance to get high returns and, as expected, poses high risks.

The loyal fan base of Dogecoin earned good profit after staying invested for a long period.

The Shiba Inu coin is remodeling itself after Dogecoin to rise in value and popularity. Let us see which one is a better investment option. Is it Shiba Inu? Or is it Dogecoin?

Jackson Palmer & Billy Markus developed Dogecoin in 2013. Dogecoin is a meme cryptocurrency that has a Japanese breed of dog Shiba Inu as its mascot.

The currency started as a joke, most of its fans love the funny dog memes created on this certain breed of dog, and they promote this currency very energetically.

What Is Shiba Inu?

Launched in 2020, Shiba Inu is an Ethereum based cryptocurrency and takes inspiration from Dogecoin.

As a result, Shiba Inu brands itself as the “Dogecoin killer.” It is a decentralized cryptocurrency like the other ones and has a market cap of $10 billion.

Shiba Inu Now ranks as one of the twenty top-ranked cryptocurrencies in the world. Shiba Inu also has a dog mascot that creates hype among Shiba Inu followers and pushes its value upwards.

Dogecoin Vs. Shiba Inu: Which One Is Better?

A minute comparison is necessary to judge whether Dogecoin or Shiba Inu Is Better Than the other coin. So here are some comparisons to help you identify the coin that is better than the other.

Although started in 2013, Dogecoin lay dormant in the market even with an active fanbase.

But as soon as the tweets of Elon Musk started to give it some recognition, the Dogecoin price spiked like never before.

In 2021 the Tesla owner made the Dogecoin price rise, and it became a viral sensation.

DOGE uses a Shiba Inu dog Mascot as its logo to spike laughter among people. The fun cryptocurrency offers a huge supply that the other altcoins have a limited supply. DOGE has a supply of 131 billion units.

Shiba Inu, on the other hand, started recently and promoted themselves as the Dogecoin Killer. Just like DOGE, SHIB or Shiba Inu quickly gained fame due to community power.

This cryptocurrency gained a quick rise in value due to its spar with Dogecoin and the community of dedicated traders.

Shiba Inu has a maximum token supply, even more than Dogecoin. It is one quadrillion. The current market cap of Shiba Inu is $10 billion with a price of $0.000027.

The value of DOGE started at $0.005 per coin in 2021. But the shout-out from the celebrity Tweets like Elon Musk spiked the price up to $0.74. As a result, dogecoin investors earned a 1000x return.

The DOGE fanbase is very active. They started with the zeal to overcome bitcoin as a fan-centric cryptocurrency and have been doing well ever since.

Some US-based companies have been using DOGE as a transaction method.

In addition, Elon Musk often spikes the value of Dogecoin with his Tweets. His frequent support has worked as a helping hand to Dogecoin.

Shiba Inu Is also making a great community worldwide. They intended to surpass DOGE as the ruling meme coin, and the competition is still on.

They are raising awareness by rescuing the Shiba Inu dogs and by hiring dog-inspired artists on their website.

If you have been within the cryptocurrency market for a long time, then you know that most of them are high-risk and high-reward investment options.

For example, Dogecoin and Shiba Inu are popular altcoins that offer great value for investors and give high amounts in return.

As for the question, which coin is the best-

Ani Johnson is a passionate blogger. She loves to share her thoughts, ideas, and experiences with the world through blogging. Ani Johnson is associated with Gossipment, TheParentsmagazine, ThePetsMagazine, TheLegalGuides, EssayWritingGuides, TheSportsMag.