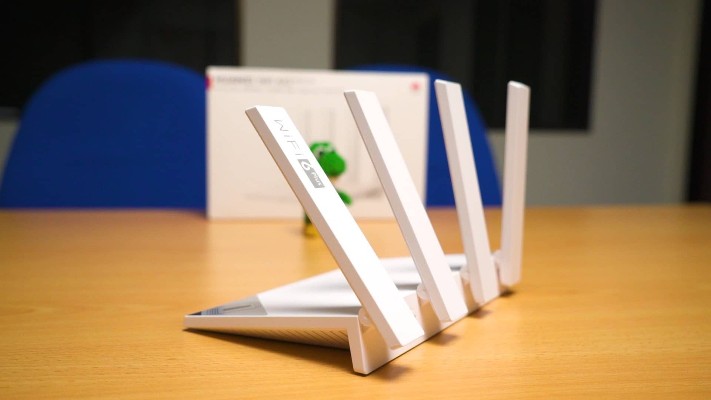 Are you looking out for something evergreen? Stable, systemic, and emerging with your classy surroundings?

Whereas an abundance of one’s time is deliberately consumed in catching their wifi’s lost signals.

Especially in offices as the distance from the main access points results in weakening of the connection between devices.

With its latest launch, Huawei has proved the efficiency of technology once again besides improving the problem of overheating and overloading.

What’s the difference between the upgrade and the ordinary?

Wireless routers are often in a jinxed-up situation due to the association with blind spots. But thankfully,

HUAWEI accompanied a brilliant solution to stop all such hindrances in your way to work and entertainment. Here’s the specificity

The whole and primary purpose for using the wifi is to get a high-end speed that doesn’t disturb the flow of the network.

These are the silver lining used to achieve the highest speed and superior ratings compared to its competitors.

The handling of 160MHz frequency bandwidth is the core reason for the doubling of theoretical network speed. 1025QAM andv160MHz frequency has a better advancement in their system.

With the fastest achievable speed offered by Huawei wifi ax3, Gaming and other high demanding wifi activities are easily fulfilled.

The maximum speed ensures that the user has a lagging and buffering-free experience.

The enhancement it includes is worth replacing your old scrappy wifi device with this new update that performance speaks for itself.

The use of highly technical chips is the core reason for better signals and substantive stability. The development in signals is caused by chips as the signals are primarily and more easily curtained all along.

It can even pass through walls without any specific breakdowns or breakage of connective waves. The coverage has extended and expanded, giving the experience of consistent and stable speeds.

Bonus: Because of the high competition in the market, the Huawei wifi ax3 price is one the most affordable option with all the superior features.

During meetings and other formal conversations or confrontations, one is often asked about the password of wifi for connecting other devices present in the room.

HUAWEI wifi AX3 has tried its best to repeatedly eradicate the vocalizations of passwords. A new feature that upholds the new custom of one-tap connectivity with the wifi has been brought forward.

All android phone users have to tap on its lower right corner to sync with the network connection, which is impressive automatically.

Finally, one doesn’t have to remember continuously or repeatedly speak out their personal passwords as wifi Ax3 has put in all their efforts to banish this rule and establish a new, more precise, and modern way of syncing in.

It’s a straightforward and convenient feature even for connecting any newly bought device with the router.

The sleek white texture covering its layers is the camouflaging element that blends in with the interior without specific architectural designs or themes. Besides white, black also looks sleek, classy, and has an evergreen look.

“Both are topped with sparkling RGB lighting to mark their signal and presence. We don’t find a reason to reject such a modest model with all favorable outcomes. No matter your living room, private room, or even your study room.

It goes well and is suitable for all kinds of surroundings. The surface-like plane wide-body and flat panels are a part of this activist model, making the glimpse classy and worthy.

Is there any negative impact on batteries?

This router’s reliability and power are unquestionable as it’s the latest version available of wifi technologies so far.

Can I do it myself at home?

Yes, one can easily set it up without a technician at home.

Is there a specific survey I can reliably refer to for setting it up?

Huawei wifi AX3 has provided one with all the essential details available and needed for setting up a router.

All the people who aren’t aware of technology in detail have been provided with a savior by Huawei smart home, all known as AL life. With this app, one can manage and govern their router and configure it up, quickly downloading it on a smartphone.

One-tap and Al Life have been an assistant to many struggling people who faced problems setting their routers up.

In my opinion, Huawei AX3 is a beneficiary and effective technology launch which is undeniably a brilliant exploration for humanity.

It has combined all the needs of an individual, from ensuring the fastest way to connect your device to ensuring stable, better connections. Plus, one-tap connect looks sleek even if placed at a visible place to the human eye.

Don’t forget to check Huawei wifi ax3 price as it is one of the compact ways to get the desired wifi range.